Lester and Stella Nellis, originally from West Duluth, Minnesota, arrived in the Bezanson area in 1916. The second youngest in the family, Harry, enlisted in the Army and while stationed in England, met and later married Grace Taylor. After Harry was discharged on demobilization, the young couple settled on a farm in Bezanson where they raised a family of three sons; Leslie, Lawrence (born on July 1, 1950) and Edward.

Harry, who was a sports enthusiast, ensured that his sons had the opportunity to partake in various sporting activities such as track and field, fastball, curling, golf, broomball, football and hockey. However, it soon became apparent that fastball was their sport of choice.

The original team that the young Nellis men played for was known simply as the Bezanson Men’s Fastball team with sponsorship being provided by Ed LaCroix from the Bezanson Store. The team played in the Wapiti Men’s Fastball League; a league that was formed in 1964. Approximately two years after the team was formed, a local company, Norton Brothers Sawmill Co. Ltd., became their sponsor; consequently, the team became known as Norton Bros.

Although all three Nellis boys were very talented ball players, it was Lawrence who excelled at the sport. Due to Lawrence’s ability to quickly cover large distances and his inherent natural ability to react to the ball, the team assigned him to the prestigious position of “centre fielder”. At one time, Norton Bros. had a pitcher who threw a fastball with such speed (100 mph) that their regular catcher could not hold the ball. During those occasions, Lawrence would be called in from centre field to take over the catcher duties.

In August 1973, the Herald Tribune newspaper reported:
“Another season of fastball for the Wapiti Men’s Fastball League ended last night here for the Bezanson Norton Bros. It was another successful year. The Norton Bros. did what was expected of them by winning the WMFL championship finals in straight games. WMFL president, Jim Boyd, presented the League Trophy to Coach Harry Nellis while team Captain Lawrence Nellis accepted the Championship Trophy.”
Bezanson Athlete
Lawrence Nellis

Lawrence moved to Edmonton in 1975 to embark upon a professional ball career. He played for a Senior Men’s Fastball Team that was known as the Edmonton Playboys. While there, he was recruited by the Edmonton Acros to play for them in the Western Major Fastball League. Lawrence travelled all over BC, Alberta, Saskatchewan and Manitoba for league-play and led his team to the Western Canadian Championships and several International Softball Congress Tournaments. Lawrence, a plumber by trade, was employed in an industry that was seriously impacted by the down-turn in the economy in the early 80’s. By 1986, a decision was made to move to Ontario where the plumbing industry was flourishing. While there, at age 36, Lawrence was still commanding attention with his athletic skills as he played for the Richmond Hills Dynes Fastball Team. League-play was a circuit that included New York and Hawaii and various points in between. Lawrence’s sport-career certainly provided him with opportunities to travel North America extensively.

Although he remained in Oshawa, Lawrence returned to Bezanson often to visit family and friends. Lawrence became ill and was diagnosed with cancer; an illness that he battled for several years before he succumbed to the disease on June 7, 2012. He was buried at the Glen Leslie Cemetery next to his parents, Harry and Grace.
Lawrence has two sons; James who lives in Edmonton and Michael who lives in Oshawa.

Bezanson lost a very talented athlete whose skills and accomplishments will be talked about and praised by local residents for years to come.

No part of this document may be reproduced, stored or transmitted in any format without written permission of the author
Written by Wanda Zenner – August 2019
Reference
Interview with Les Nellis (brother)
Obituary
Smoky to Grande Prairie History Book

Kleskun Hill Park is a 65-hectare natural grassland area that also provides camping, a playground and antiques and historical buildings to admire. 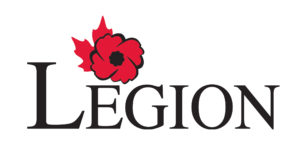 The West Smoky Legion #244 has two primary goals; Remembrance & support for our troops and veterans, as well as community development. Read more about us here.