Although Bezanson has always been well-known for its ball teams, it wasn’t until the mid 1960’s that there appeared to be sufficient interest to form a women’s team and compete in the “Inland Ladies Fastball League.”

In 1965, word was spreading around the Community about the possibility of forming a women’s team. A group of young ladies gathered at the Bezanson ball diamond and with the guidance of Coach Gordon Lindgren, formed a team and joined the league in 1966. They were fortunate to have a local business, Gerald McLaughlin’s Esso Service Station, sponsor the team thereby enabling the purchase of uniforms. The ladies were very proud of their eye-catching apparel. It takes time to meld a team together, find the right positions for each in the group and learn the strategies. However, the Tigers found their niche and were in 1st place in the league going into the playoffs.

The September 6, 1966 issue of the Daily Herald Tribune reported:
Tigers Claim Trophy
Bezanson Tigers, seeking to win the Inland Ladies Fastball League playoff title in three straight games, broke out for 11 runs in the bottom of the seventh inning yesterday to do just that.
Tigers whipped the Grande Prairie Ventures 16-4 on the strength of the late-inning rally and captured the league title 3-0 in games. Wanda Johnston was the winning pitcher for the Tigers, who finished in first place in League Play. Shirley Cateau took the loss. Tigers took the first two games of the playoffs 15-0 and 14-7. They beat the Ventures, Truckettes and Legion Trumpeters for top spot in the league in seasonal play.

As a tribute to their success, the Team was provided with jackets complete with the “champs” crest. The coat displayed right is that of Vivian Johnston who was the secretary of the team.

Not only did the team excel at league play but they traveled the area participating in and winning tournaments.

The Peace River Record-Gazette reported on July 19, 1967:
Tigers Win Tourney
A Tiger team from Bezanson took first money of $90 in the “A” event of the Peace River Ladies’ Fastball Tournament sponsored by the Peace River Valleyettes softball club.
The Bezanson Tigers got a strong performance from their ace pitcher Wanda Johnston, who pitched all three games for the winners.
The Tigers defeated Grande Prairie Truckettes 27-11 in the final game of the number one event, while the Valleyettes beat Grimshaw Granites 16-3 to win their event.
The nine teams taking part in the tournament were the Nampa Eagles, Fairview Laurels, Strong Creek, Manning Meteor, Grimshaw Granites, Peace River Rockets, Grande Prairie Truckettes, Dog House Valleyettes and the tournament champions, Bezanson Tigers.

A celebratory evening was held in the Legion Hut after the team won the League and the trophy was on display. It was an exciting time in the Community and the support for home-games was tremendous – the bleachers were always full with cheering fans. Ball enthusiasts from as far away as DeBolt could also be seen in the crowd. The visiting team always had their supporters with them so at times the crowd would become quite animated. However, as time went along, with some of the ladies quitting, getting married, starting families, residency being questioned and others moving away, the team was unable to field a team for the 1968 season.
In an effort to find the “original trophy and uniforms”, several contacts were made in 2017; however, all proved to be unsuccessful. Faye Gaboury’s granddaughter’s team had used the uniforms for a period of time; however, what happened to them after that is unknown.
No part of this document may be reproduced, stored or transmitted in any means without written permission from the author.
Acknowledgement of reference – Margaret Moon.
Written by Wanda (Johnston) Zenner – pictures from Wanda Zenner Collection

Kleskun Hill Park is a 65-hectare natural grassland area that also provides camping, a playground and antiques and historical buildings to admire. 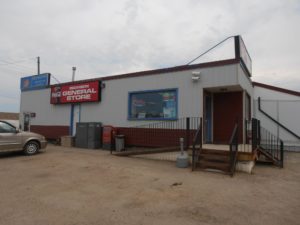 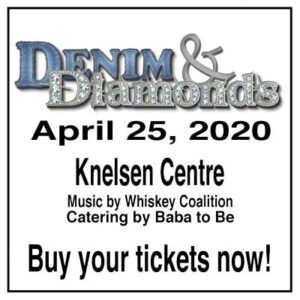